While there are no certain informations about its origins, Italian bread counts today many different variants related to ancient traditions of the twenty regions of Italy. Even if the main ingredients still remain the same (flour, salt, water and yeast), different preparation techniques make every kind of bread as an unique experience, with several shapes and, of course, flavors.

Most of them are based on "biga", a type of pre-ferment used in Italian baking which adds complexity to the flavour and helps to preserve bread by making it less perishable. Biga is often used in breads which need an open texture with holes such as the "Ciabatta" (typical of Apulia) and the "Focaccia" (most common in Liguria).

Precisely the Focaccia is one of the most important bread in Italy, having inspired the creation of pizza dough. It can be seasoned with olive oil, salt and herbs, while in some regions it can be topped with olives, onions, capers, cheese, sun-dried tomatoes and meat, or flavored with a number of vegetables. "Panfocaccia" it's an hybrid and smaller version of it, and its dough is also used to make the typical "panini" (sandwiches). By the way, there are several variants of Panfocaccia from each region of Italy. 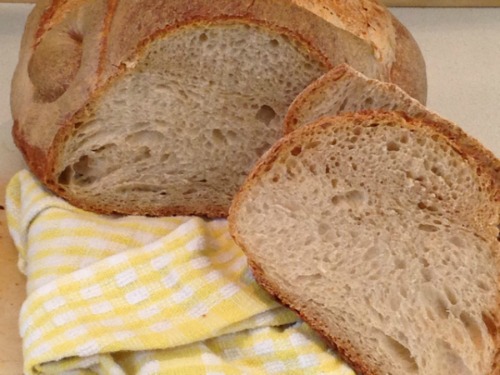 Italian bread is basically divided into two main categories: salty and sweet bread. In the first case, we have the standard "Filone", a daily yeast bread very similar (for texture and crumb) to the French baguette. Moving in Lombardy, there is the "Michetta", white bread with hollow, bulged shape, while Liguria and Tuscany offer the typical "Sgabeo", leavened bread dough cutted into strips and then fried and salted.

"Pane carasau" is another very appreciated thin and crisp kind of bread, traditional from Sardinia, made by taking baked flat bread and then separating it into two sheets (called "carta di musica") which are baked again. Similar to it is the classic "Piadina", mostly prepared in Romagna region, usually made with white flour, lard oil, salt and water, and cooked on a terracotta dish.

Another typical bread is the "Pane di Altamura", made in Apulia region from durum flour, particular varieties of wheat, water and production method, while moving to the southern part of Italy we find the traditional Sicilian bread, such as "Pani ca meusa" (sandwich made of cow spleen) and "Muffuletta" (a large, round, sesame bread, similar to Focaccia). The "Coppia Ferrarese" is a very distinctive sourdough bread with a twisted shape, made with flour, lard, olive oil and malt.

Between the sweet types of Italian bread, the most common are obviously the "Easter Dove" (which contains candied peel and pearl sugar), "Pandoro" (dusted with vanilla scented icing sugar) and "Panettone" (both dried or candied fruits, sometimes flavored with a sweet liqueur such as "amaretto").

There are also many versions of "Panbrioche", a kind of bread quite similar to a sweet brioche but that can be salted and filled with cheese and typical Italian sausages.

Italy is a country where traditions, different cultures and ancient habits mix together. Italian easter bread is a part of this.

Sour dough bread has ancient origins. It was made by Egyptian for the first time, becoming one of the most important recipes in food history.

Focaccia bread has ancient origins and its traces date back to the second century BC. It was already prepared by the Phoenicians, Carthaginians and Greeks.

Muffuletta Bread - A Piece Of Sicily

The Muffuletta since ancient times is the unusual breakfast for the city of Palermo in Sicily on the day of November 2.

Italian stuffed bread is the best mix of Italian food culture, all in one place.

The Schiacciata was originally a disc of dough made by mixing water and various ground cereals, then "flattened" to be cooked on stones made hot by the fire.

Types of Italian Bread - The Most Loved

Bread is a key feature of Italian cuisine: the reason why there are so many types of Italian bread is that people can't really live without this delicious piece of its gastronomic history.