Sour dough bread has ancient origins. It was made by Egyptian for the first time, becoming one of the most important recipes in food history. Especially in Italy, in every age, modest people and farmers used to make bread, which was their main nourishment because of poverty and famine in some periods of time.

Sourdough is made with a mix of simple ingredients: a strong flour, rich in gluten and good for long rising, and water, but to speed up the fermentation a “starter” is usually used, that is a sugar or honey, malt, fruit juice. Making this kind of yest is not simple, it takes patience in the beginning, to make it active and acid to the right point, and it requires much care later, as it is kept alive with constant refreshments of flour and water, because bacteria and enzymes contained in the yeast need to be fed to obtain a strong yeast. 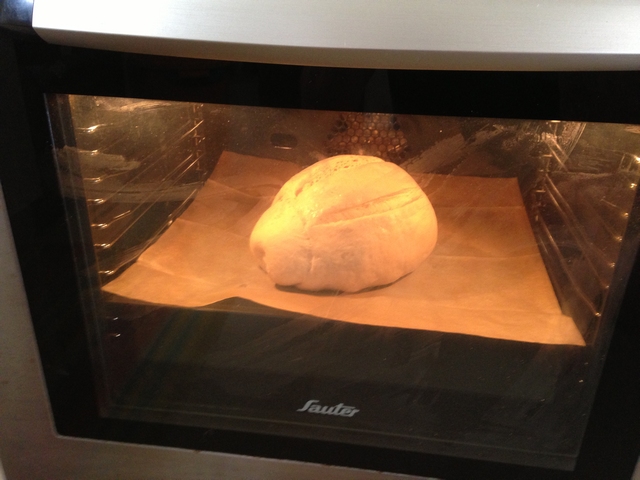 Sour dough bread is very admired by Italian housewives and it's still a habit and a tradition for many people all around the country. It represents a real “ritual”, that collects many people around it, when preparing and baking it.

In ancient times, sour dough was made by the bakers of the towns and then divided to families, which used and restored it to bake bread at home. They used the term “cumpanaticum” (now “companatico”) to indicate any preparation that could be accompanied by the bread, emphasizing its role.

The sour taste is the first aspect of this dough but even the most appreciated. Natural preparation gives to bread a more intense taste and smell. Large bubbles are more developed, so the typical holes in the crumb.

It's a more digestible product and served with many other foods. It has a longer duration of preservation, and in many cases its taste increases (in many italian recipes it's used to prepare good "bruschette", made of grilled bread slices, flavored with fresh tomatoes, olive oil and basil leaves (just as Italy flag colors).

Currently rediscovered by bakers looking for traditional tastes, the use of natural yeast is essential in the preparation of sweets and traditional and famous bread-cakes (like Panettone, Colomba Pasquale, Pandoro, etc.).

Other regional and typical kind of bread include, for example, Pane di Altamura, Lentini's bread and black bread of Castelvetrano (made with an wholemeal and dark type of wheat flour) that fall into the category of Slow Food Presidia, providing for the exclusive use of natural yeast.